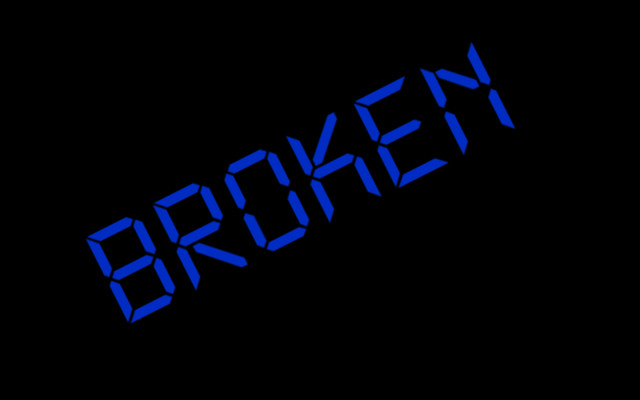 Despite every ounce of intuition in your body screaming “No, no, no, no, don’t do it!”, you did it anyway. You just had to click that button. The one that should have been big and red and marked SELF DESTRUCT. And now your computer’s buggered. Isn’t it lovely to have intuition give you it’s best gut wrenching “I told you so!” gloat.

Welcome to the definitive guide to getting your Linux desktop back.

Whether you have a black screen, a flashing screen, just can’t get past the login screen or you’re stuck in the command-line, you are about to learn a few tricks that will help you get your Linux desktop back to full working order. You will even learn how to open multiple virtual desktops.

Written for Ubuntu, these Linux desktop recovery tricks are laid out in an easy to follow guide that presents recovery solutions in least destructive to this-could-break-everything-or-make-everything-better order.

Whether you’re suffering from an I-know-what-I’ve-done-how-do-I-fix-it problem or a my-Linux-desktop-is-broken-and-I-haven’t-a-clue-what’s-wrong-with-it-but-I-blame-the-kids kinda problem, there is a solution here for you.

Linux is primarily a non graphical operating system.The graphical environment you know and love is an optional component formed by a window system, a window manager and a desktop manager.

When a Linux graphical desktop environment breaks, it is usually caused by a bad setting in any of the following layers of the graphical environment:

As well as bad configuration files, I have known for an update or the removal of a software package to also uninstall one or more of those layers or to remove software dependencies required by those layers.

My preferred Linux distro is Kubuntu which is built around Ubuntu. Ubuntu uses the X Window System as the basis of its graphical desktop environment. The X Window System, also called X, makes it possible for graphical programs to communicate with the hardware Linux runs on.

Sitting on top of X is a window manager. There are many different window managers. To name a few of them, we have Kwin, Metacity, Compiz and Emerald. The window manager decorates windows, provides menus and makes interaction with windows possible. Different Window Managers make the various flavors of Ubuntu look and feel different.

A good explanation of the roles played by the window system, window manager and desktop manager is given at tuxfiles.org.

Getting the Desktop Back

I have not yet lost documents and files while using any of these methods to restore a Linux desktop from its broken state. However, it is always a good idea to be cautious. You should be able to use a Live Disc to gain access to files stored on the hard drive of a broken operating system. A guide to accessing files with a Live Disc is here.

I recommend you move through these desktop recovery solutions in order from one to eight. If you know what you did to cause your desktop to break then you might be able to guess the solution that will work best for you: what the hell, go with your hunch, I would.

First, print this guide or load it in your mobile browser so you have complete access to it.

If you have the command-line browser Lynx installed or if you can install Lynx and you have an Internet connection from your desktopless computer then you can open a second terminal environment with Ctrl+Alt+F2 or F3 (see this guide) and open this desktop recovery guide  in Lynx with the command:

Second, if you need to know the basic steps of how to find your way around the Linux command line then need to look at this navigation guide.

Fifth, when the Xorg script begins loading the display it writes a log file to /var/log/Xorg.#.log (where # represents the display number. This is typically 0). Check the log file for error and warning messages with the following command:

Most warnings can be ignored but they do hint at possible solutions. Here’s an example of an ignorable warning (explanation here):

A common and easily fixed error relates to missing font directories. It can usually be ignored but if you wish to fix it you can install additional X Server fonts with

An FAQ of X Server error messages is at the Xorg Wiki.

Sixth, the config files .xinitrc, .xserverrc and .xsession are sometimes placed into a user’s home directory. They can be useful when deliberately placed there by a user to override global settings of the X Window Server but when these files get corrupted they can prevent X from initializing properly. Run the next command to rename these files to prevent them from being used:

Do not recreate these files just yet. Instructions for (re)creating xinitrc, xserverrc and xsession scripts are here for when you need them.

Just a tip: if your computer is being stubborn about being switched off, hold the power button in for 30 seconds.

If your desktop still refuses to load, try the following solutions.

The definitive guide to getting the Linux desktop back

Starting a desktop session as a new user is an excellent way to determine whether a desktop loading error is due to a misconfiguration. If you can log into a desktop environment as a different user then the issue relates to something specific in the desktop configuration of the user whose desktop will not load.

Drop to a shell at the login prompt or use a LiveDisc to get access to the root file system. Browse to /var/tmp/ and check for big files. Delete those big files.

The directory at /var/tmp/ sometimes gets overfilled with huge error logs. I recently found I could not log into Kubuntu because of several huge 16GB dmesg monster zip files. Those zip files would have gotten bigger except they had filled up my OS drive so could grow no more.

Check your OS partition is not full. If it is, remove a few files.

A botched software update might have caused you to lose your desktop. A bug fix might have been released so update your software package list then upgrade your system. Drop to shell then type:

Then install missing package dependencies and do a full upgrade with

Restart your computer by typing sudo reboot to check whether the problem has gone away.

For example, if you use Kubuntu, your OS will use the KDE desktop environment and the “kde-workspace” window manager (also known as Kwin). You would reconfigure it with

Restart your display manager as shown in Table 1 of Starting (and Stopping) a New Desktop. For example, “sudo start [display manager].

Press Ctrl+Alt+F7 to try to access the graphical environment. If the terminal display at Ctrl+Alt+F7 stays blank, try F8 through F12 instead of F7.

Stop the display manager with

Next, reconfigure the display manager with

A list of installed display managers is shown during reconfiguration. Make a note of them because you might need to re-install them all.

Re-access your GUI with Ctrl+Alt+F7.

Using kdm as an example, I would reconfigure my display manager with

The Window System is easiest to reinstall:

For example, to reinstall the GNOME window manager, Metacity, use,

Most display managers can be used in combination with any window manager. For example, you can use GDM with KDE or KDM with GNOME. Refer to table 2 to find out which display manager your computer most likely uses then re-install it with:

For example, if you use KDE then your display manager will likely be KDM so install it with

A more brutal option is to purge the installed window manager and display manager packages from your computer. Purging removes all configuration files so any settings used for the desktop environment would be lost if you purged the system. If the other solutions fail to work then purging might be your only option. Try all other options first and come back to this section if they fail to bring your desktop back to life.

Only purge packages if you have an Internet connection or another means of downloading and re-installing purged packages.

Firstly, make sure any packages to be installed are downloaded afresh by clearing the cache of downloaded packages with

Secondly, purge packages with the command

Thirdly, reinstall the purged package with

For example, to purge and reinstall Unity:

Many graphics problems, blank screens and desktop loading issues are caused by misconfigured, corrupt or buggy graphics drivers. Propriety graphics drivers such as those used by ATI and NVIDIA graphics cards can be especially troublesome.

The easiest way to fix a bad VGA driver is to disable the driver and to use a generic driver such as MESA or VESA. This can be done by recreating the xorg.conf file:

xorg.conf stores configuration settings for your display driver. Running the Xorg -configure command causes Xorg to create an xorg.conf file that specifies the use of a generic graphics driver.

Once a generic driver is in use you should be able to load your desktop and install the propriety driver again. Hope that doing so fixes the original issue; if it does not you will need to reset to the generic MESA or VESA driver. If creating a new xorg.conf file does not fix your desktop then you will at least know that your desktop loading error is not necessarily related to your graphics driver.

Solution Eight: reinstall your desktop manager or install a new one

This could take some time because your computer might need to download a lot of software packages.

To reinstall your desktop manager, choose the appropriate installation command for your distro from this list:

The good news here is that you can install multiple desktop environments into Linux and Linux will love you for it.

Installing an alternative desktop environment will provide you with a desktop to use until your regular one is fixed. To install a new desktop environment, use the above commands but replace sudo aptitude reinstall with apt-get install.

For example, if you use Ubuntu you can install Kubuntu along side Ubuntu with:

An alternative way to install a new desktop environment is to use Tasksel. Install Tasksel with “sudo apt-get install tasksel” then run it from the command line with “sudo tasksel”. Once Tasksel is loaded, use the up and down arrow keys to scroll through the software packages, use the space bar to select packages and use the enter key to commit changes.

If you are adamant that you want your desktop fixed because you can’t live life without it then a completely nuclear approach is to reconfigure everything. In this case, “everything” does mean every single bit of software installed on your computer via its package manager.

Reconfiguration is achieved with

The solution is to run the following sed command to comment out any lines beginning “dpkg-maintscript-helper”. These lines are found in all cron files stored in /var/lib/dpkg/info/

After DPKG has reconfigured everything, uncomment those lines with the sed command

If reconfiguring everything does not enable you to gain access to a desktop and none of the other solutions presented in this guide to fixing desktop loading errors revives your desktop then I suggest you use a Live Disc to access your hard drive then backup your home directory and any files you want to keep then reinstall your OS. Alternatively, keep searching for solutions and post them here so we can all benefit from them.