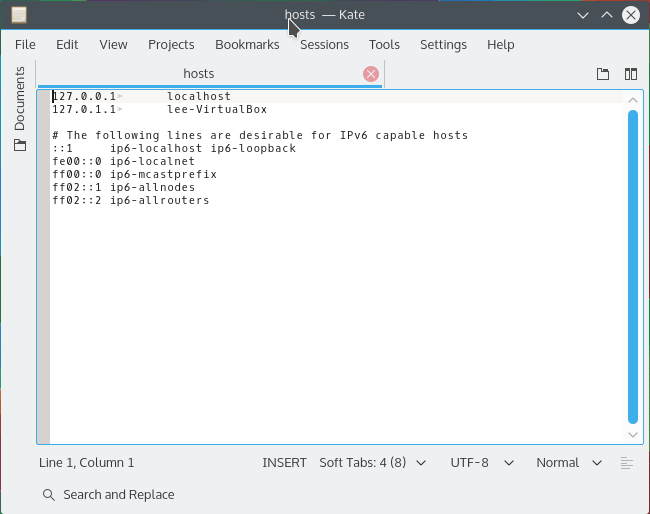 Your computer has a secret to tell you. Hidden away in its file system is a file called hosts. This file is the most efficient way to block websites. The hosts file can be used to block ads, to block pornography, to block gambling sites and to block accidental access to malicious web servers. Any website that you want to block can be blocked using the hosts file.

The hosts file matches domain names to web server IP addresses. The file is read by a computer when a website is requested. Requests to view pages of a website listed in the hosts file are directed to the IP address listed alongside the website’s domain name by the computer.

This method of site blocking works with Windows, Linux, Unix, Posix, Android, Symbian, Mac OSx, iOS and nearly all other operating systems. The OS can be installed on a desktop, laptop, netbook, tablet or smartphone or web server.

The hosts file can be used to

Effective use of the hosts file can make web pages load faster and can make browsing the web safer.

How to Edit the Linux Hosts File

How to Edit the Windows Hosts File

Re-lock your Hosts file as Read Only once you have saved your edits.

Antivirus programs might lock the Windows hosts file to prevent edits to it. Check your antivirus settings if you can’t save your edits.

A hosts file stores rows of IP address and domain name pairings. Each IP address is separated from its associated domain by either a space, several spaces or a tab.

Each row of the file that contains an IP address to domain name mapping tells the computer the IP address of the web server that hosts files for the domain name.

A hosts file might have a hash symbol (#) in front of some rows. The hash symbol is used to tell a computer to ignore the row. This effectively deactivates the rule.

Domain names in the hosts file do not include their protocol prefix e.g. http://  or https. Only the root domain name is used.

There are plenty of ready compiled and regularly updated lists of bad hosts. These are called host lists. Host lists are easy to install and are normally provided free of charge.

The following host lists are the ones we at JournalXtra recommended.

No list has blocks for all malicious websites, all ad servers, all gaming or all sites undesired by the most conservative among us.

The list of bad hosts provided by HostsFile is the most restrictive. This list is perfect for the conservative minded members of society. I think HostsFile is compiled to meet the restricted Internet browsing needs of conservative Muslim internet users.

The website block lists provided by Hosts-File and MVPS are suited to those who hold liberal to moderate views about what should and should not be looked at. These lists block mostly ad servers and malware delivery sites.

Multiple lists can be used together in one hosts file.

Add each list of blocked hosts into your computer’s hosts file. Do not overwrite the existing hosts file unless you know what you are doing.

What You Will See, Or, Rather, Not See

When a website block list is installed into a computer’s hosts file, access to any of the domains listed in the hosts file will be denied to anyone who uses that computer. The message “Document Not Found” will show in web browsers in place of the content served by the blocked host.

The more rules you have in your hosts file, the better your results will be.

If you find you are unable to access certain sites after changing the content of your hosts file, open the hosts file and check that the inaccessible site’s domain name is not listed within it. If it is, remove it and the site will again load as usual. Only you can decide whether the site should or shouldn’t be blocked.

Host Flash (Linux, Android, Unix) downloads hosts files from the sources shown above here, compiles them into one lists of hosts to block then installs them into the hosts file. This software was released by JournalXtra and VR51 to facilitate easy Linux hosts file configuration. The hosts lists used can be chosen when the program runs.

Spybot Search and Destroy (Windows) adds rules to your computer’s hosts file. It doesn’t supply the most comprehensive list but it is an easy option for those who prefer not to manually edit their computer’s system files and the list is regularly updated.

Note 1: %Windir% and %SystemRoot% represent the storage device that Windows is installed on (usually C:).

Note 2: The data in the table is duplicated from this article at Wikipedia.

Windows users still need to use antivirus and firewall software when a hosts file block list is used.