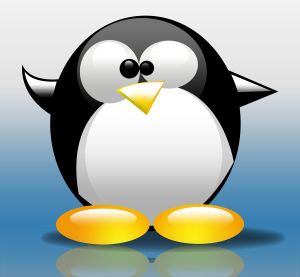 The biggest lie in Linux is that it’s hard to learn. That lie’s perpetuated by Linux users who can’t be bothered to provide full, well explained solutions to the difficulties had by new Linux users. The number of times I’ve visited a forum to answer a few support queries and seen other Linux users refuse to help newbies install software because they think the newbie should use a pure Linux program or the seasoned users refuse to provide alternate solutions to software and hardware issues than those a newbie has already tried because the veterans think any other solution is not the standard way to do it.

My first try of Linux came through Wubi, a program that installs Ubuntu Linux onto a virtual partition (a pretend disc) within a Windows operating system. It made it easy: I didn’t have to play with partitions and worry about screwing-up my Windows installation. That was over four years ago when I lived in Holland and didn’t know enough Dutch to follow my Dutch version of Windows so the chance to use something in English was not an opportunity I was about to pass-up.

Now there are Live Discs which enable the adventurous to use or try Linux without even installing it to a hard disk so it’s even easier to use it and it doesn’t cost anything because it’s free (they’re brilliant for recovering data from damaged hard-drives and circumventing security protocols too). Actually, Live Discs have been around for over a decade, I was just ignorant of them until a couple of years ago.

In all honesty, Windows and Linux are as easy to use as one’n’other. Both have their good and bad points:

Windows has lots of easy to install software available for it;

Linux has lots of software. Most distributions (distros) have an inbuilt library of available to download and install software  which cuts down the time spent finding good software;

Windows is a fairly stable product (or, at least, was until Microsoft unleashed the beta version of Windows 7, Vista) that auto-updates itself;

Linux is a stable product that auto-updates itself and the software installed in it;

Unlike Linux, nearly all Windows software comes as an executable package that need only be clicked to be installed. Not all Linux software found outside of a distro’s software library (Package Manager) is installed via a click’n’play package. Linux software found in the wild comes in many different forms: some are like Windows executable packages that need clicking to start the installation process but other packages have to be installed via the command line; an,

The Linux package manager makes Linux very attractive to a lot of people specially so because the thousands of packages in it are freely available and extra repositories (libraries) can be added to it to increase the number of software packages available through the Package Manager. It’s the lack of consistency in the way software packages found on the Net are installed and the lack of friendly installation and configuration advice that causes a lot of people to shun Linux; and who can blame them? Thankfully, a new bread of Linux users and developers has evolved to provide better advice delivered with a smile and to create better, more complete, application user guides.

I’ve met a lot of very inconsiderate, rude bullies in Linux forums. I don’t know what it is about Linux that brings out the worst in computer users but I suspect it has something to do with the “them and us” attitude of a few socially inept geeks who’ve been spoiled by the attention Linux has been getting from people in the real world. Friendly geeks, please accept my apology here, I too am a Geek with a capital “G”; I didn’t study Chemistry and Physics at University without being at least part Geek.

Much to the chagrin of many Linux purists, many of the great Linux applications are being ported to Windows. Personally, this is a good thing, it helps many of the good Linux application developers to get some more well deserved publicity and recognition; secondly, it helps show the world that there’s life on the other side of their Windows. Conversely, to the annoyance of the non-purists and dabblers, there are few commercial programs being ported to Linux. It’s no real surprise given that most non-Linux programs have a lot of very good competitors that are freely available and many Linux users use Linux because of its range of free software so there’s little financial incentive for commercial vendors to convert their software to Linux; and nor will there be until more people move away from Windows toward Linux who want to use their familiar commercial Windows products.

OpenOffice is a good contender to Microsoft Office, GIMP is a good replacement to Photoshop, Evolution replaces Outlook, Scribus is an alternative to Publisher, LinuxCAD is comparable with AutoCAD, Amarok beats Media Player hands down (in my opinion), Linux Multimedia Player (LMMS) is similar to Fruity Loops. They’re all free alternatives and it’s a shame a few twats use their natural social skillessness to frighten off those who are tempted to use Linux because they’re preventing some really good programs from getting the outing they deserve.

Unlike many, I don’t extol the virtues of Linux just for the sake of it; I’m not blind to its faults; and they are many, just as with Windows: Linux does crash occasionally, just like Windows; and Linux isn’t safe from viruses, trojans, key-loggers and hackers, just like Windows, it’s only as secure as it’s user is security conscious – anyone who installs any program from the Net will eventually catch a shark. Those Linux users who put their distro onto a mythical alter that they worship do no justice to their favourite idol: it’s inevitable failings only serve to turn away converts, disillusioned – a prospect’s expectations should always be set low enough that they can only ever be exceeded.

Let’s face it, most people are happy with any computer that lets them browse the Web, write emails, play solitaire, write the occasional letter, play DVDs and listen to music. They are things that most graphical operating systems will let them do. There’s even an open source BIOS based operating system that boots a computer within a few seconds and lets them do just that.

Were I to buy a pre-built computer that shipped with Windows, I’d return the Windows license to Microsoft for the refund and install KDE Linux onto it. That would be my decision to make just as it would be anybody else’s to keep the license and use Windows; and many of the mouthy Linux users need to accept that and stop preaching their religion to those whom wish not to convert. Ditto when they wish to help the tempted: they should be polite and offer solutions with proper instructions, examples and explanations. It’s a much better way to convert the infidels, don’t you think?

This article has upset one or two of the Linux users who found this article through tuxmachines.org who believe I have unfairly cast the Linux community in a bad light. I’d like it to be known that most Linux users are just as friendly as the users of any other operating system. Those who do act rudely to newcomers are a minority group; they might be the most vocal ones – those who are regularly met in forums and message boards – but that cannot be helped; at least, not yet. Maybe, when more people come over to Linux, the less vocal and friendlier majority will feel more comfortable about helping other Linux users without the fear of being ridiculed for their mistakes by the vocal minority. I look forward to that time.